Ferrara is a splendid city of art, to be enjoyed by walking its streets, its magnificent Renaissance character revealed on every corner. It is a uniquely planned city, harmoniously fusing Mediaeval and Renaissance architecture, Europe's first modern city. It's a peaceful city to wander on foot, every step re-living the magical atmospheres of the past.

The historic center in Ferrara, included by UNESCO in the World Heritage List, represents the concrete realization of the humanistic concept of “ideal city.” It is described by UNESCO as “City of the Renaissance…considering that the site is of outstanding universal value,  remarkably planned, which has retained its urban fabric virtually intact. The developments in town planning expressed in Ferrara were to have a profound influence on the development of urban design throughout the succeeding centuries.”

The Ferrara Cathedral, which dates back to the twelfth century, is certainly the most important testament to the Medieval period.  With its unusual façade, which was begun in Romanesque style in the lower part and was subsequently completed in Gothic style in the upper part. Young people meet for happy hour in the medieval streets around the Cathedral. In one of these alleys there is also the oldest tavern in the world.

In the central nucleus of Piazza della Repubblica, we find the Castello Estense, monument exemplifying the ostentation of the Este family. Built in 1385, the Castle dominates the urban panorama with its towers, the crenellated walls and the deep moat. Visiting the internal areas, such as the ducal apartments, the kitchens and the prisons, means taking an actual leap back in time to the Middle Ages and the Renaissance.

The numerous historical architectural elements help add to the splendor that is Ferrara. Connected to the Estenste Castle by a covered indoor pathway, the Palazzo Municipale, the Town Hall, dates back to approximately 1200 and was the ducal residence of the Este family until the Sixteenth century. Today the seat of the city government, the Palazzo looks out over the Cathedral square with its characteristic entrance adorned by the Volto del Cavallo, topped with the statues of Nicolò III and Borso d'Este.

Sights include Palazzo Schifanoia with its splendid Hall of the Months, frescoed in the 15th Century by the painters of the Ferrarese School; the Estense Castle, former residence of the Este dukes; the harmonious Romanesque and Gothic Cathedral and its museum with precious artworks, including an organ screen showing the Annunciation and Saint George killing the dragon by Cosmè Tura (1469), the master of the Ferrarese school. On the left side of the cathedral as you face the piazza, the Loggia dei Merciai has held shops since the mediaeval period.

Going deeper into the mediaeval part of town you can discover jewels of religious art like the Monastery of Sant’Antonio in Polesine with its Giotto-esque frescoes, or the Church of Santa Maria in Vado, a pilgrimage site since a Eucharistic Miracle that took place in the 12th Century. 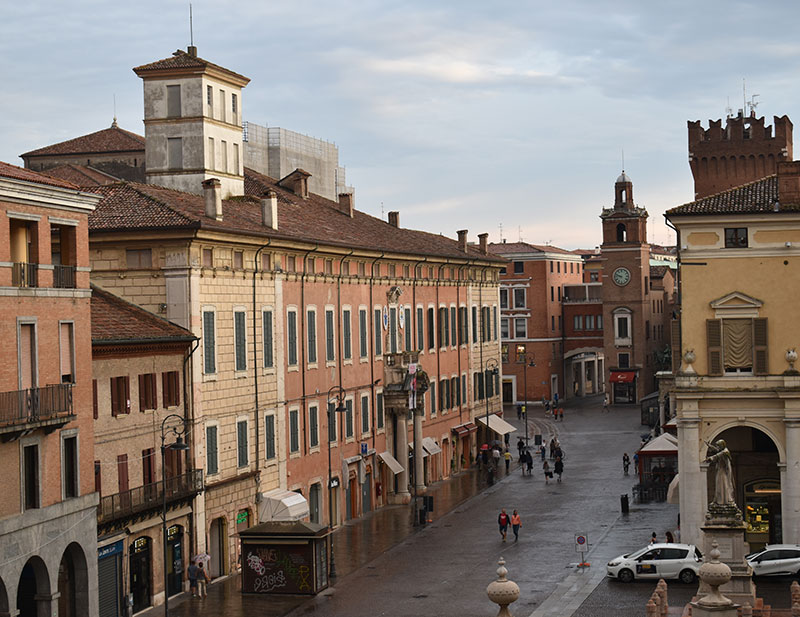 The "coppia", Ferrara's famous elaborately shaped and tasty bread (it boasts PGI certification of origin); “cappellacci”, pasta filled with pumpkin and parmesan cheese are very popular, as is the “pasticcio di maccheroni”, a true culmination of the court traditions; the “salama da sugo” is an unusual mixture of pork products. Finally, there's “pampepato”, a spicy cake covered in a layer of chocolate. 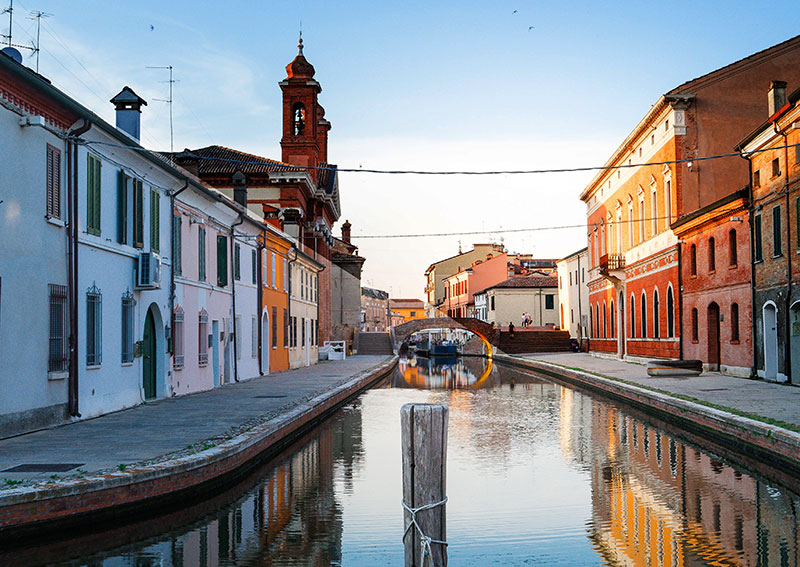